“Gove & Feldman is more than a successful business. It’s a family legacy built on expertise and integrity that dates back three generations. My responsibility is to ensure the latest developments in the insurance industry help us continue our tradition of service and provide our clients with the very best protection to meet their needs.” 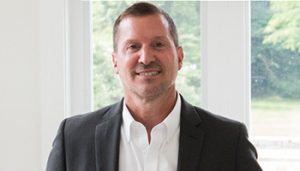 Bruce joined the agency back in 1991, the same year the agency moved from its 50-year home in Boston. A Rockport native, Bruce’s roots among Cape Ann’s residents and businesses were instrumental in the company’s growth on the North Shore, the acquisition of The Frank W. Johnson Agency in Rockport, and the firm’s eventual consolidation on Cape Ann.

In January of 2007, Bruce purchased the agency from Peter Gove, his father-in-law. Under his leadership, the agency has strengthened its position in the area, earned the coveted Five Star Designation from the Massachusetts Association of Insurance Agents, and distinguished itself through its commitment to integrity, respect, and personalized service. In addition to directing a well-run business, Bruce and Robin designed, built, and moved the company into its new offices at 124 Main Street.

In Bruce’s free time he enjoys spending time with his wife Robin, son Ross and his dog Otis.  Bruce is an avid skier, loves the beach, motorcycles and creating driftwood art.